Employees of gaiac relocated about 5000 green frogs and their juvenile stages (tadpoles of different ages) to preserve the population.

Background:
A trough-rigole in the Aachener Land industrial park in Alsdorf was classified as a non-functional infiltration system, so the owner of the site decided to dismantle it and fill it in instead. Since the green frogs (=water frog complex), like all amphibians in Europe, belong to the “Specially Protected Species” according to § 44 of the Federal Nature Conservation Act, it is forbidden to injure or kill them. To comply with these regulations, it was decided, in consultation with the relevant environmental authorities, to relocate the frogs to a neighboring stormwater retention pond. 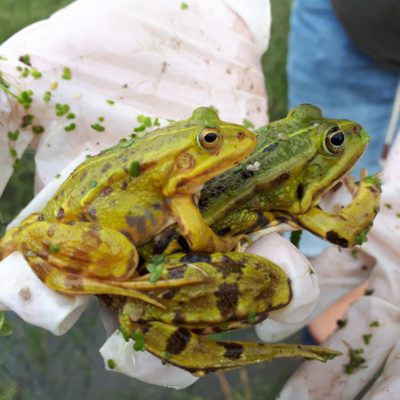 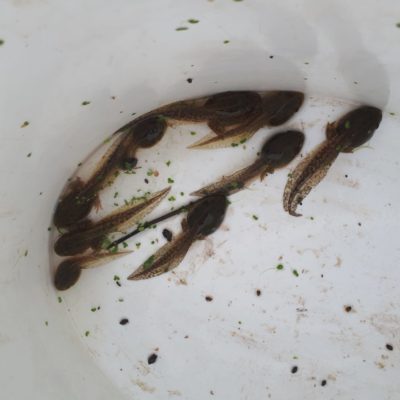 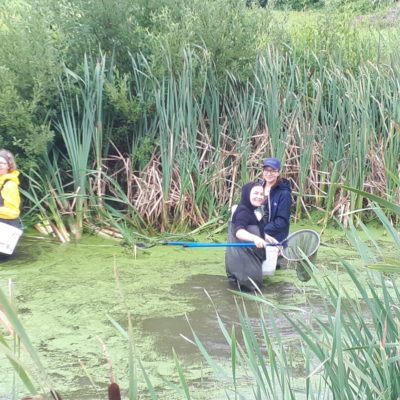